October 28 is National First Responders Day, a day to honor those who are first on the scene in stressful situations. When thinking about what a first responder is, occupations that probably come to mind first are police and fire rescue. However, first responders are all around us—with no official uniforms required. Employees at GP’s plywood mill in Gurdon, Arkansas, learned this firsthand back in July 2021 when a fellow co-worker suddenly became unresponsive. An employee driving a forklift, stopped, got off of the lift and began talking to Jesse Welch and another employee. The forklift driver went into what appeared to be a seizure and fell, striking the floor. He was unresponsive and appeared to be having trouble breathing. At this time, other employees arrived on the scene to help and while awaiting an ambulance, CPR and the use of a nearby AED machine were made in quick succession. AEDs, automated external defibrillators, are portable, life-saving devices designed to treat people experiencing sudden cardiac arrest, a medical condition in which the heart stops beating suddenly and unexpectedly.

According to the Occupational Safety & Health Administration (OSHA), most sudden cardiac deaths occur outside of the hospital. Being prepared for an emergency of this magnitude is essential at home and especially in the workplace. Two of the best ways to be prepared is having employees that are CPR trained and having an AED machine readily available.

The AED nearby was placed on the employee by his coworkers, GP’s first responders. EMTs arrived on the scene very shortly after the AED was attached and CPR continued with the help of the first responders. The forklift driver was transported to the ambulance, where EMTs continued to use an AED to shock him for several minutes to stabilize him for transport. A pulse was present as they left the mill in route to the local emergency room, where he had to be revived additional times. The forklift driver is doing well and currently recovering at home. 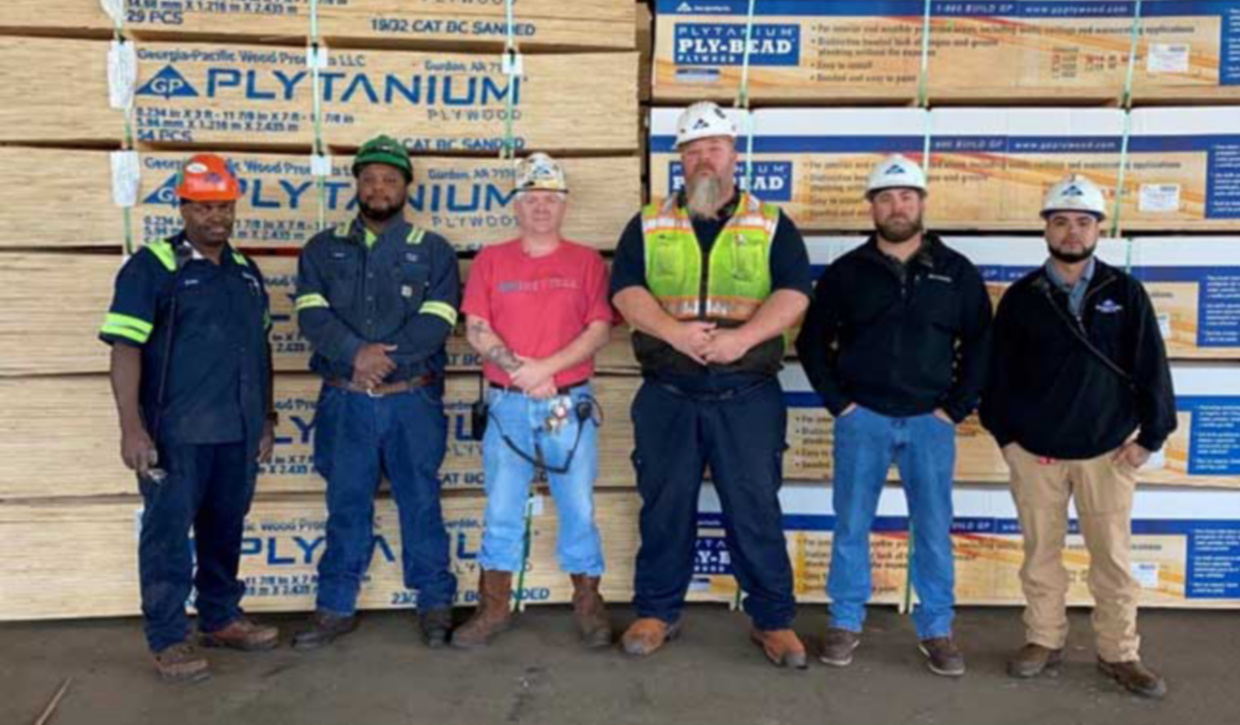 If it wasn’t for the training, quick thinking and actions of these Gurdon employees, who knows what the outcome could have been. CPR and AED training are life-saving skills that could easily mean the difference between life and death of a loved one or even a stranger. GP is extremely grateful for having these first-responders jump in without hesitation to save their fellow coworker.